Inteview with Kevin Wallis Author of 'Beneath the Surface of Things'

Hmm, I'm more of a beer drinker . . . Less bodily fluids to confuse beer with. Well, I guess that's not true.

So, you have a book out now, Beneath the Surface of Things. Please tell us a little about it.

It comes out September 1st through Bards and Sages Publishing. It's 25 stories of horror, sci-fi, and fantasy, woth a humor piece thrown in for grins. It's gotten some good, positive reviews so far: Gary Braunbeck said, "An impressive, often unnerving, and always gutsy collection . . . showcases Wallis' determination to break through the so-called boundaries of dark fiction . . ." Bailey Hunter from Dark Recesses Press said, ". . . a vivid tapestry of horrific prose. While the stories seem to have an underlying theme of human condition, they are anything but common. This collection runs the gamut of the classic cool creep to the more visceral and gut-wrenching."

It's been a long time in the making, from the writing to editing to finding a publisher, so I'm very excited about it, and I hope it's a springboard to bigger and better things. I've always wanted to be a major league catcher, so maybe this will help.

You also work as an editor for Liquid Imagination Publishing, I see. I can imagine that takes its toll on your spare time. How do you manage your own writing with that of being an editor and also your personal time?

I usually let the submissions from Liquid Imagination build up until I can't ignore them any longer, then I spend a few days ignoring my own writing and strictly going through the LI stories. It wirks good for now, but when Liquid Imagination blows up and takes over the online literary world, I'll probably need to hire some help.

You're a family man with a wife and three children. What do they think about what you're doing?

Ha. They're extremely supportive and proud of me, but my wife does not understand, appreciate, or have any need for anything horror-related. I think the Amityville Horror traumatized her as a kid, and I'm paying for it now. But, her dislike for scary stuff just makes her support of what I do that much more special to me.

As for my kids, they understand that they won't be able to read most of my stories for another decade or so. I write stories specifically for them, though, so it evens out. (One of the stories I wrote for them, and starring them too, is being published in Yarns For Our Youths by Static Movement soon.)

What other genres do you write?

I still write mostly horror, but I like the more subtle scares. I don't write blood and guts stuff. That's boring to me. I still try to keep it about the characters rather than the scare.

I write sci-fi occasionally if the plot calls for a setting like this, but I'm not smart or tech-savvy enough to pull it off usually. And there are several stories in my book that aren't horror or sci-fi at all, but more mainstream and personal stories that don't fit nicely into a specific genre.

Tell us about any other projects you have coming up or in the works.

I finally started my first novel, after saying I'm gonna do it for ten years now. Hopefully it'll help attract an agent, which is the next step in my writing goal flowsheet.

What were your inspirations for writing this collection?

Every story was inspired by something different. I actually include a short explanation after each story stating what inspired me to write that particular story.

I grew up reading King, Barker, Lovecraft, Poe and the like, so I guess much of my writing is directly inspired by the masters, especially Lovecraft.

When did you first begin writing and at what moment did you realise that it was what you wanted to do most in life?

I've been writing since I was a kid, although not many people knew I was doing it. After getting a couple stories in my high school fiction magazine (man, those stories were bad), I didn't write much until after college. Maintaining my stellar B and C average just didn't allow for the time.

I finally got serious about it about 3 years ago. I never thought I'd even get one story published, but after having a modicum of success these past few years, I want more and more - score an agent, publish a novel, become the starting catcher for my Houston Astros . . .

Do you have any words of wisdom for those seeking advice from a pro?

This sounds cliche, but just don't quit. Take every rejection and turn it into a lesson to improve your writing. Study the craft, don't ever take rejection personally, and put in the hours. Too many aspiring writers want success but aren't willing to put in the hard work to achieve it.

Thank you so much for being here Kevin, I was beginning to wonder what I could feed to the zombie girls. Do you have any last words before I let them loose on you?

I have 23. Thanks for the time. I hope people enjoy my book. And next time feed me some O+. O- goes straight to my thighs. 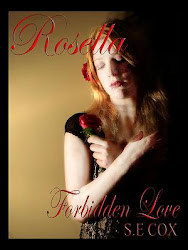 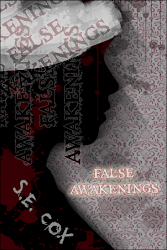 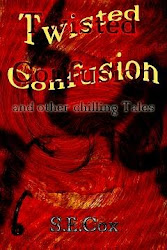 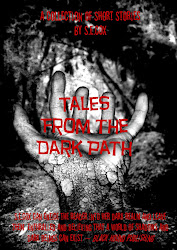 Tales From the Dark Path 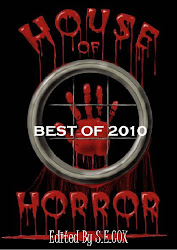 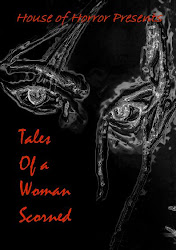 Tales of A Woman Scorned 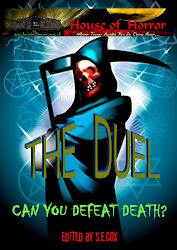 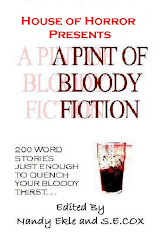 A Pint of Bloody Fiction 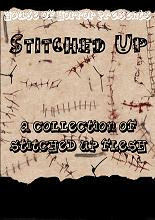 Mistress Rowan
Welcome to Mistress Rowan's blog. I am a phone sex operator at fone-me.com under the name rowan flux. If you want to come and speak to me, have your wallet ready and register at the site and register your credit card. It less fuss for you, costs no extra but I earn a substantial amount more. Now stop reading this and come and find me

Favorite Places on the Web